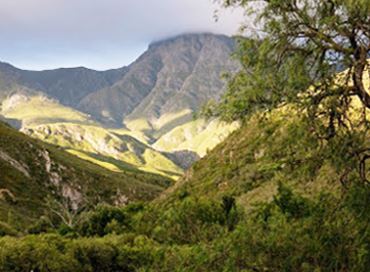 South Africa is now 20 years into democracy—not even a generation. The 3HO presence here started with the blessing and directive of the Siri Singh Sahib in the mid-1980s. Since then, the GINI index (universal indicator of disparity between wealthy and disadvantaged) has worsened. The infrastructure and systems of electricity and water supply are deteriorating.

At the same time, social conscience and empowerment is awakening and making itself heard, as seen in the recent student revolts. From the yogic side of things, we’re doing KRI Teacher Training Levels I and II. The teaching in South Africa reaches as far as Burundi in the north with the support of personal fundraising efforts.

My family [husband SS Har Bhajan Singh and my son, Miri Piri Academy graduate Hari Bhajan Singh] are building an eco-community farm in the Western Cape aiming at off-the-grid sustainability, which will become a beacon of hope in the fragile energy supplies of times to come. 3HO South Africa hosts an annual Southern Spring Festival over the September Equinox in Gauteng, [known as] “the cradle of humankind.” 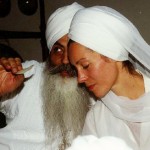