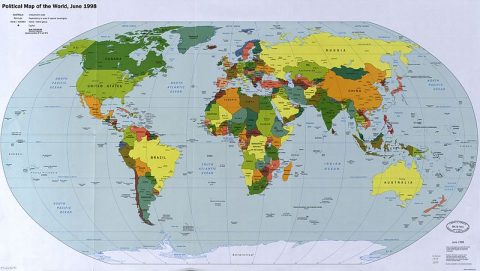 The Siri Singh Sahib Bhai Sahib Harbhajan Singh Khalsa Yogiji established the Sikh Dharma Ministry in 1971 to serve the organizational, leadership, and spiritual needs of our Dharma, building on the Manji system founded by Guru Amar Das in the 16th century.

Today, the Ministry is a vibrant, richly diversified global body of leaders. Each Minister brings his and her God-given gifts to serve the needs of our communities and the world. It is as if every Minister is a unique “patch,” all of which, when sewn together with the Shabd Guru, produce a quilt that covers our needs and those of the world. Seva—selfless service—is the theme and code by which Sikh Dharma Ministers aspire to live. Service is what this Ministry was founded upon and is the bedrock of the Sikh Ministry.

The Regional Minister Coordinator program offers an infrastructure from a grassroots level in our communities. The RMCs serve at a local level to maximize communication from and to Ministers and the Office of the Secretary of Religion.

GuruSangat Kaur Khalsa has been a Sikh Minister since 1978. She currently lives in Great Falls, VA. As well as serving locally in the Administrative Council, she also serves as a long-standing member of the International Khalsa Council in the Bhai Sahiba Section. In the past, she managed the Sterling VA Yoga Center, and worked for various Khalsa businesses – Oriental Beauty Secrets, anyone?

GuruSangat Kaur teaches Kundalini Yoga and Gurmukhi; she also teaches and plays Gurbani Kirtan. She has had the honor to share the teachings and Sikh beliefs with many people in schools, at Interfaith events, on panels, and at community and club gatherings. She is married to SS Guru Sangat Singh Khalsa. They have two wonderful children and four fabulous grandchildren. She divides her time between teachng yoga, making art, serving in various ways, enjoying life with friends and working on “Health Opportunities” in various ways.

My intention as an RMC is…

Gurujodha Singh is a Level 2 Lead Trainer, Mentor and Sat Nam Rasayan practitioner working in Latin America. He is based close to Mexico City where he lives with his family. He is the founder of RAMA, Mexico City’s premiere Kundalini Yoga Studio, and is also a Representative to the United Nations for 3HO International. www.ramayoga.org

My intention to join the RMC was to help create a network of ministers and servants of the guru in Mexico and Latin America. In our dharma there are many ways one can grow, lead and serve and Sikh Dharma is a very blessed way to offer yourself to others’ needs in a clear and neutral minded way. It is my prayer to hold this space until someone else is ready to take the baton as we continue to nurture this lineage with love and grace.

Gurusurya Kaur Khalsa met Yogi Bhajan in New York City in 1974. She has been teaching Kundalini Yoga since 1979, and has a KRI Certification. She lives and teaches in her ashram home, a historic 1893 brownstone rowhouse, Kundalini Yoga in Park Slope, Brooklyn, New York.

My intention as an RMC is…

Kulwant Singh Khalsa was born into an Indian Sikh family and took Amrit at the age of 10. He was ordained as a Sikh Dharma Minister in 2011. Kulwant Singh had the opportunity to be in the presence of Siri Singh Sahib Ji during his tours to the UK and at Solstice in the 1990s. This experience has inspired and guided his life ever since.

Kulwant Singh has been in professional childcare and education for almost 20 years and manages a Sikh school for young children. He works extensively in the Sikh community serving the Guru and Sangat through Kirtan and seva. He is a loving husband to Jagdip Kaur Khalsa and grateful father of three girls and one boy. He lives to serve as a son of Guru Nanak through Guru Gobind Singh and is grateful for being able to live as a Sikh in this lifetime. Wahe Guru.

My intention as an RMC is…to be a humble servant of our beloved Guru and Guru’s Sangat by supporting ministers in Europe. I would like to facilitate connections between our Sikh Dharma Ministers to celebrate the beautiful work that they are doing, so that we can learn from each other, support each other, share ideas with each other, and most of all, so that we are inspired and inspire others to follow the teachings of our beloved Siri Singh Sahib Ji. Being an RMC does not make me superior to anyone, but to be here as a point of contact to communicate and support in our duties as Sikh Dharma Ministers. Sat Nam.

SS Sada Bahar Kaur Khalsa serves as International Khalsa Council Secretary and Director of Global Leadership and Community Support with Sikh Dharma International. She is originally from Vancouver, Canada and has practiced as an Acupuncturist, taught Kundalini Yoga and served as Gurdwara Secretary at Raj Yog Nivas / Yoga West. She then worked at Miri Piri Academy in Amritsar, India as Medical Coordinator and Senior Girls Caretaker and served on the Sikh Dharma Education International Board of Directors. She completed her Chaplaincy Residency in San Francisco. Sada Bahar Kaur and her husband, Mahan Atma Singh, live in Espanola, NM, USA.

My intention in becoming the RMC for Espanola, New Mexico and Colorado with Guru Kiren Kaur is to serve the Ministry through providing activities to increase a sense of community, vision, and cohesion. This is the largest single group of Ministers, and when working together will be capable of great shifts in consciousness that could affect the entire Sangat. I am honored and humbled to serve in this capacity.

Sat Ganesha Singh Khalsa MBA. I serve as Minister by participating, sharing, and contributing in as many spiritual, social, political, business realms as I can fit in. My interests include Kundalini yoga, Sikh Dharma, Sat Nam Rasayan, swimming, bicycling, running, food business start-ups (learning how and eventually doing it), house plants, sadhana, out of bubble investigation. Marshall Rosenberg of Nonviolent Communication and his work hold an inspiring place in my life. Guru Amar Das is currently my personal model as he lived a very active life from 60-93 years of age and was the Guru who passed on the Guruship to Guru Ram Das an orphan. He also wrote Anand Sahib, which is my current favorite bani, of which we now have a full 40-pauri musical version.

My intention as an RMC: One of my overarching values is to bring together all of our separate “tribes” of age, sex, religion, race, politics, etc., and find ways we can live and work together for the greater good.

Shiva Singh is the Midwest’s Senior Kundalini Yoga Level 1 and Level 2 Teacher Trainer, and a professional member of the International Kundalini Yoga Teachers Association. He is the President and co-founder of Spirit Rising Foundation a 501(C)(3) not for profit organization whose mission is to share the teachings of yoga with all. He is a pastoral counselor with 20 years of clinical experience living who has received many honors and awards for his work in service to communities as an AIDS activist, as a foremost advocate for South Asian elderly and especially those neglected and abused and his work with preventing domestic violence against women.

He helped found the groundbreaking Rogers Park Inter-religious Partners, a group of 20 faith traditions in the Chicago area in dialogue, collaboration and cooperation to use their faiths as bonds to increase the harmony, trust and community in their neighborhood. He was a key organizer of the Sikh participation in the 1993 Parliament of the World’s Religions in Chicago and he traveled with Yogi Bhajan in 1999 to the Parliament in South Africa. He lives in Chicago with his wife, Shabad Kaur and his son Amar Dev Singh.

My intention as an RMC is…and has always been to serve. To serve our Dharma, to serve the Sangat, to serve the One in All. As Khalsa my responsibility and vow is to step forward where there is a need, and I do so for the Sikh Dharma Ministry.

Siri Bahadur Singh teaches regular classes at the Austin-based Yoga Yoga studios and also participates in Level 1 and 2 Teacher Training programs. He teaches workshops and Teacher Training modules across Texas and the United States. Besides the traditional structure of Kundalini Yoga classes Siri Bahadur brings a deep knowledge of sound and the essence of the Kundalini Yoga practice along with music (guitar) and the sounds of the gong.

My name is SS Siri Krishna Kaur Khalsa and I live in Massachusetts close to Guru Ram Das Ashram-Millis. I teach Kundalini Yoga classes to women and children throughout the Metrowest Boston area. I also serve on the town Council on Aging board. I am active in the Millis ashram serving on the langar and Gurdwara seva missal and attend sadhana and Gurdwara. I am a long time student of Yogi Bhajan, moving into an ashram in 1975 in Eugene, Oregon, moved to the LA community from 1980-87, then onto Charlottesville, VA where we were intricately involved with the Herndon community for 8 years, and now currently live near the Millis sangat. I am married to SS Dr. Sat Bir Singh Khalsa and we have two grown children.

My intention as an RMC: My accepting the invitation to become an RMC was possible, as organizational skills come second nature for me. My intention and desire are to help those ministers in our region connect on a cozy level and disburse the information given, as well as bring up issues that affect our area.

My intention as an RMC:  At one of our recent regional Ministers meetings I did a quick “back of the envelope” calculation of how many years of accumulated Sikh Dharma service were represented by the Ministers around our cozy table. It came to over 250 years—a quarter of millennia of service! To be in such company, sharing lessons learned from previous successes and mistakes represents a precious resource. To be helpful in gathering such experience in continued service to our Region and Dharma is my intention as an RMC.